Labor of Love is a two person exhibition featuring the works of a Chicago-based couple Joyce Morishita and Bert Phillips. While they have participated together in group exhibitions, Labor of Love marks the first time they hold a two-person exhibition of their work. 33 Contemporary Gallery is excited to present a cohesive exhibition highlighting the exemplary career of Morishita and Phillips. Over the years, their work, their enthusiasm for art and their commitment to education has inspired many generations of art makers that have had the opportunity to work under their direction. Labor of Love is a unique opportunity to appreciate the uniqueness of each artist while experiencing their dynamic connection as an artist couple. Their approach for this exhibit was much the same as it would have been for any other show that is, to paint what they chose to without imposing a theme, size restrictions, critiquing or settling on a given number of paintings that each should complete.

They are both passionate about art, in particular their own art, and doing it is a Labor of Love even with the stress and frustration inherent in the process.

Joyce Morishita was born at the Tule Lake Internment Camp in northern California where her family was confined for four years.  Unable to return to their home in California, the family moved inland and moved to various parts of the Midwest including Chicago where she now lives.

Morishita received a B.A. and M.A. in painting at Northwestern University and later received a Ph.D. in Art History.  She taught for many years at Governors State University and is now Professor Emeritus at that institution.  She is the recipient of NEA and Illinois Arts Council Grants.   She has exhibited widely in the US and has works in numerous private, corporate and public institutions.

Phillips’ works are included in the permanent collection of the Art Institute of Chicago, Museum of Contemporary Photography in Chicago, the California Institute of the Arts, the City of Chicago, the David and Alfred Smart Museum, the DuSable Museum of African American History, Erie Art Center in Erie Pennsylvania, the Illinois State Museum, the National Museum of Modern Art in Kyoto Japan, State of Illinois Center, the Harold Washington Library Center in Chicago and other private, corporate and public institutions. 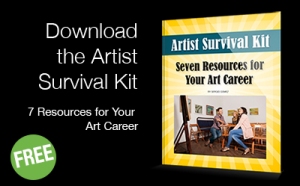